Help Foil Trump and Putin As They Plot To Destroy Democracy- Defend America and save democracy by learning what the threat is and how it operates. Own this new book by Malcolm Manse " The Plot to Destroy Democracy : How Putin and His Spies Are Undermining America and Dismantling the West"
Skip to content 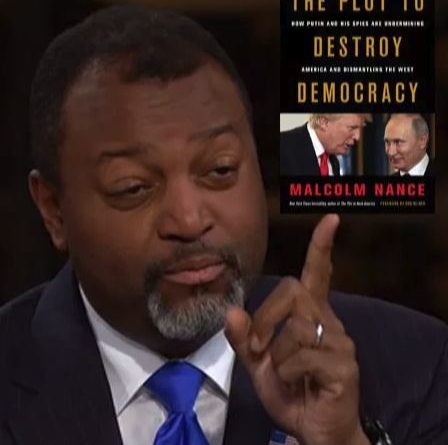 I heard Malcolm Nance talk about that and his new book in the studio of the best syndicated liberal talk show in what’s left of America. You should hear the great guests talk on the Stephanie Miller Show!
I’m pretty sure he said…

‘now is a good time to remind people that there are no words in the US Constitution that say the President can’t be prosecuted for committing crimes including obstruction of justice or perjury. A fundamental tenet of our democracy is that no one is above the law. These notes send that on to the White House . I’ve listened. I have heard people say this, and I don’t want to get happy-clappy, but they’ve said he’s not gonna be able to just resign. This is gonna be too huge. I mean, just what we’ve learned so far. Well first off, let’s put something on the table. Donald Trump will never resign his job. He will have to be -the Secret Service will have to come to the door saying Mr. president I’m, sorry this is your last helicopter ride back to New York. He’s not he just, look, he’s got an aggressive malignant narcissistic personality disorder, right. I believe he will go down fighting. He will he will call this a conspiracy to the end I’m sure. We’re gonna get in to the secret society discussion here, yeah deep study, oh yeah, A deep state society trying to oust the president, and he will if he has to, incite Civil War. I think he would and I’m saying that as an American. As you know, most do you know,

I was a lifelong conservative. Yep.

Until I started listening to what they were saying. It’s not that the military by the way yeah. He should wonder why they’re all Republican, but honestly, I feel like Republicans with conscience right now like Michael Steele or Steve Schmidt or people are you are wrong Michael Steele is fantastic he just went off he was like you know what about evangelicals. So saying that Oh Trump can get a mulligan on raw doggin’ a porn star, while his wife’s pregnant. Probably not president pregnant, and then you just go, ‘oh you he said don’t preach to me ever again.’ That’s what Michael Steele said right on TV. He’s like, don’t just shut up now. There are some very principled true conservatives…
I found another one. This conspiracy, it’s abetted by members of the Republican majority in the Congress and it’s abetted by a television network that’s increasingly come to resemble state-run TV and an autocratic society. Steve Smith, I’m just hoping you’re right that it’s gonna be like what’s that show America’s Most Wanted? Well he’ll just be stepping on Schlitz cans trying to get over the back White House fence. You know, it’s fun to have all that impeachment porn but it’s gonna be a lot more mundane than you think, but again this is a person who will not resign this office. Until we find that 30 percent hard base, and I think he’ll go through the trial, but like I said by the end of March the first the first spit ball that’s going at his head is -you know bean ball, is going to be obstruction of justice.

I’m afraid to say that there there is a channel in the news media that works on the exact same premise as the Soviet Pravda. They are state-run television, air Steve Schmidt said. I was an analyst guest analyst on Fox News for two years under Tony Snow. He was a journalist right before he became White House press secretary, and a very fair guy, and no one ever asked me what my voting record was at that time just supposed as military I was a Republican, right? That’s I might become a Democrat. All right, you know the question. You have to ask -and I ask this of everyone who’s listening. Its; where does your heart lie? Are you a patriot? A patriot does not stand for an individual. This whole nation separated from George the Third on the premised that we as a collective body or we’re going to stand for democracy and freedom and our Constitution.

Washington Himself Warned Us

My problem is that one third of this nation has decided that they will follow a man. Washington himself warned about American tyrants. The founding fathers talked about a president who would become a monarch like right and that the three separate but coequal branches of government would be the guardrails. But now we have the second branch of government, we have the Congress, which has decided to become the lap dog of a man, not to the Constitution I stand for. The Constitution. I don’t know about you guys, you didn’t have a Fox News when Nixon was around. As people have said, Nixon might have survived. Roger Ailes said he would create Fox News. He told Nixon that we need our own media, and from this sprung Fox News and now it has become proper like a communist propaganda channel. That’s how chilling are these headlines are in fact.

Media Matters Tracks the Crazy So You Don’t Have To

Cuz you know Media Matters does a good job. You know, rounding up, obviously, there’s clips and all that. Sean Hannity says people at the highest level in the DOJ and the FBI must be investigated. Must be indicted and probably many of them thrown in jail. Lou Lou Dobbs calls for US Marshals to take top people in the Justice Department and FBI into custody. Lou Dobbs says it may be time to declare war outright against the deep state. Rush Limbaugh said the deep state may have faked Saddam WMD evidence to damage George W Bush. Sean Hannity accuses the deep state of an attempted coup says this makes Watergate look like stealing a Snickers. Okay, you know I didn’t see that. I saw that Lou Dobbs video last night but I didn’t watch it and this this it pays for all of you to keep track of the information that’s going on. That statement is dangerous. I’ve dedicated my entire life to defending this nation and what we have is to force someone to call for the U.S. Marshals or the Secret Service. They’re literally trying to split law enforcement to consider the FBI as a subversive element in the government and trying to stoke rebellion.

Those words are sedition.

The Summary of the New Book

I wrote the Plot to Destroy Democracy to show that we are under attack. That America meaning America is under attack and that attack is sustained. Right, and we have a president of the United States who is actually participating in that attack. We have a Congress that has abdicated their authority…

I really don’t like what I’m seeing and if that requires you to be afraid, be afraid. Yeah. Get your happy butts out there and start mobilizing people. Start taking this game on! Yes we’re the people who are going to be the cavalry. If we’re going to stand up for this then everyone needs to spread the word. Right, and get people who are apathetic you know, to start talking about this!

Defend America and save our democracy by learning what the threat is and how it operates. Own this new book by Malcolm Manse “The Plot to Destroy Democracy : How Putin and His Spies Are Undermining America and Dismantling the West“ it hit (July 2, 2018) the shelves this week. This is the knowledge and intelligence you must have to rise and save democracy! Now you have facts to counter the Fox News lies and burst any right winger’s bubble. We can have no better modern-day Paul Revere than Malcolm Nance!

Read Original Article About This Here 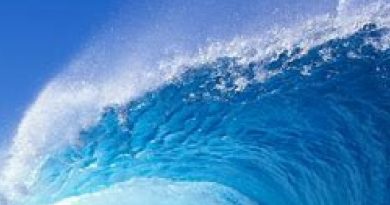 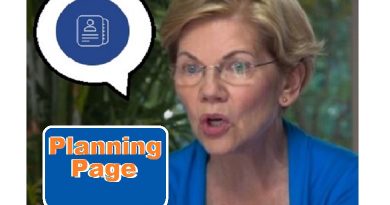