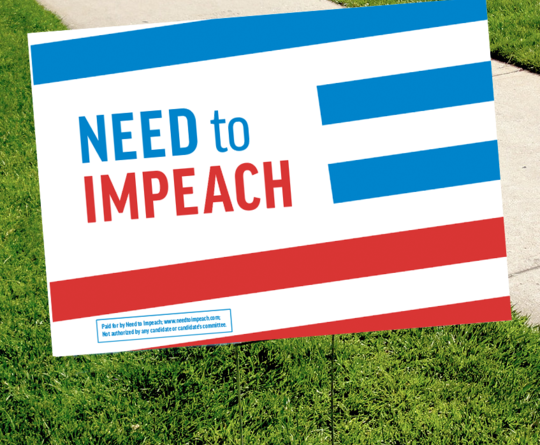 Stop the grift and RICO crimes of the Trump crime family and co-conspirators both foreign and Republican by calling for impeachment now!

If you haven’t seen the need to impeach Donald Trump then you haven’t paid any attention.
The Nation Has Motivation to stop the daily barrage of fake news echo chamber nonsense coming out of Commander and Cheat Donald J. Trump’s mouth and thumbs. When the hate talk was just an asinine radio pundit’s script it was an annoyance. When that is turned into national policy it is an existential threat to our representative democracy and Constitutional Rights.

Keep informed on what the group Need To Impeach is doing to bring the hammer of justice  down on the squatters in the White House. Stop the grift and RICO crimes of the Trump crime family and co-conspirators both foreign and Republican.