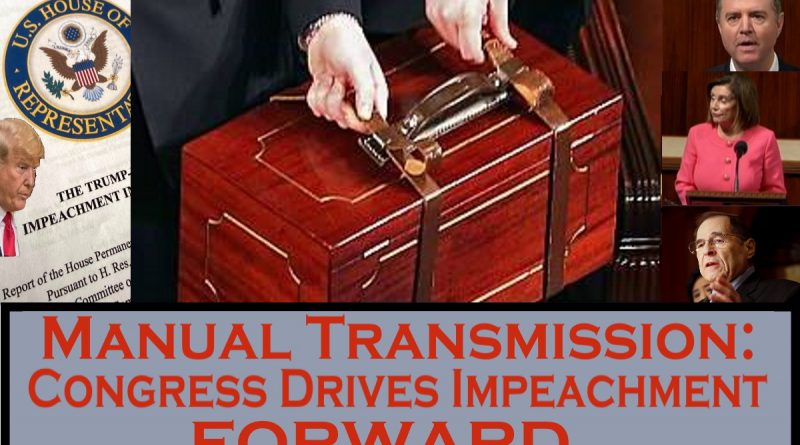 Manual Transmission: Impeachment Process Goes To The US Senate

Mark today for the physical transmission of Articles of Impeachment to the Senate, witness list and evidence. It will be manually carried to the Senate by House Managers, including Adam Schiff. The people have been shown that Moscow Mitch and the Republican followers intend to cover up and re-write the rules to accomplish that. Then, if so, we can hang every new outrageous removable offence Donald Trump commits, will be hung around the necks of their party. Now it’s the Lev Parnas-Giuliani collusion. Tomorrow, it will be something else. Republicans up against close re-election races will not gamble their future on Trump’s ability to stay out of trouble.

Malcolm Nance is the greatest author and intelligence expert in the anti-Trump Anti-fascist resistance movements. He told you so before and during the Trump election campaign. Now he is back with more confirmation and information about the most criminal White House occupants ever to seize power. Also their domestic terrorists. Another must-read from Nance.
“The Plot to Betray America: How Team Trump Embraced Our Enemies, Compromised Our Security, and How We Can Fix It”

So what was the wait to give Trump’s Articles of Impeachment to the Senate all about?

This is how Speaker Nancy Pelosi explained it.

What we did want though, and what we accomplished in the last few weeks, is that we wanted the public to see the need for witnesses. Witnesses with first hand knowledge of what happened. Documentation, which the president has prevented from coming to the Congress as we review this.
Over 70% of the American people think that the president should have those witnesses testify. 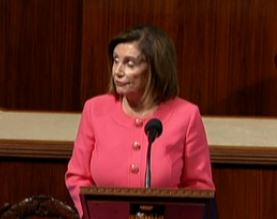 Soon after Nancy Pelosi and House Democrats passed articles of impeachment in the House, Mitch McConnell declared that he would coordinate Republicans’ strategy with Trump’s White House. Lindsey Graham also admitted that he would NOT be a fair juror, and that his mind was already made up to let Trump off the hook. They thought they could just gang up to simply dismiss the case before any information is public.

The public has a right to know what Trump is hiding!

Now Mitch McConnell knows he doesn’t have the votes to prevent a Senate trial of Trump anymore as the public pressure increased. So Mitch has changed his tune. He has grudgingly admitted that there will be testimony, however spun out, and documents that don’t lie. This is also a good time to push for the full Mueller Report and full set of Ukraine call transcripts.

We need to defeat Republicans like McConnell and Graham, who put protecting Trump and their corrupted party above their oath of office?

Who Are The 7 Managers Selected To Represent The House To The Senate?

Malcolm Nance is the greatest author and intelligence expert in the anti-Trump resistance movement. He told you so before and during the Trump election campaign. Now he is back with more confirmation and information about the most criminal White House occupants ever to seize power. Also their domestic terrorists. Another must-read from Nance. See for yourself how Trump and his Republican allies colluded with Russia to undermine our most precious institutions.
“The Plot to Destry Democracy: How Putin and His Spies Are Undermining America and Dismantling the West”

With CBS News reporting that at least four Republicans are wavering and could be swung our way. Therefore, it’s more important than ever to amp up the pressure.

As a reminder, this is the “trial” where they’re planning to not hear from any witnesses. Yeah, that’s just as ridiculous as it sounds.

Indivisibles have been at the forefront of pushing for impeachment from day one, and we ABSOLUTELY REFUSE to let McConnell get away with this sham. So we need you to do one or both of these things right now:

When you’re done, reply to this email to let us know! Then watch our social media channels and Impeachment Daily for more updates. Because we’ll send them the moment we have them. Thank you so much for being with us.

In solidarity,
Indivisible Team
Paid for by Indivisible Action (indivisible.org). Not authorized by any candidate or candidate’s committee.Indivisible Action is a Hybrid Political Action Committee fueled by the grassroots movement to win elections and build local, independent progressive power nationwide. Read more about the formation of our PAC here.

Malcolm Nance is the greatest author and intelligence expert in the anti-Trump resistance movement. He told you so before and during the Trump election campaign. Now he is back with more confirmation and information about the most criminal White House occupants ever to seize power. Also their domestic terrorists. Another must-read from Nance. Learn How the Republicans helped Putin weaponize Facebook to create division, confusion and voter frustration.
“The Plot to Hack America: How Putin’s Cyberspies and Wikileaks Tried To Steal the 2016 Election”

These billboards could be the end for Trump

“Trump broke the law,” says one billboard, which has McConnell’s face on a red background. “Senator McConnell, don’t help him cover it up. Vote to convict & remove.”

The “mobile billboard” appears on a white van sponsored by four progressive organizations of Need to Impeach, Daily Kos, MoveOn, and Public Citizen.

Nancy Pelosi just announced that the House will vote tomorrow to send the articles of impeachment to the Senate. Donald Trump’s impeachment trial will start in just six days.1

Mitch McConnell is turning up the heat on his Republican colleagues in order to secure a blatantly rigged trial with no witnesses, not even John Bolton, who has openly volunteered to testify if called by the Senate.2

To make sure McConnell doesn’t get away with it, MoveOn and our partners, Daily Kos and Need to Impeach, are running billboards calling for a real trial in the states with senators who are most likely to break away from McConnell and demand a fair trial.

But our funding is about to run out, and the Senate trial will take weeks. Which is why we’re asking you now:

Will you chip in $3 to help keep these billboards running and stop Mitch McConnell’s plan for a rigged Senate impeachment trial?

Two-thirds of Americans oppose McConnell’s plan for a rigged Senate trial with no witnesses.3
Even some Senate Republicans are starting to turn on Trump and McConnell.4

This is a moment when we need to walk and chew gum at the same time, but because the emergency work to stop a war with Iran was not part of our plan, MoveOn’s budget is spread thin, and we need help from members like you, James, to keep firing on all cylinders.

We know that billboards are an effective pressure tactic, especially when they get local press in senators’ home states. Then we took it up a notch, and instead of creating a static billboard, we launched mobile billboards (billboards displayed on the sides of trucks) that can be driven around to multiple locations to create the most impact. They are getting press attention in seven states as you read this! Because of your support.

Will you help us keep the billboards going? Click here to chip in $3 now.

There’s no way that McConnell will be able to convince people that the rigged trial he’s planning is anything but a whitewash.

Malcolm Nance is the greatest author and intelligence expert in the anti-Trump resistance movement. He told you so before and during the Trump election campaign. Now he is back with more confirmation and information about the most criminal White House occupants ever to seize power. Also their domestic terrorists. Another must-read from Nance. Keep informed of soviet-style tactics and operations.
“The Plot to Betray America: How Team Trump Embraced Our Enemies, Compromised Our Security, and How We Can Fix It”

We can do this! When the Senate votes on the rules that govern the impeachment trial, we need only 51 votes to block McConnell’s kangaroo court, phony trial rules. That means if only 4 Republicans have the moral courage to stand up and demand it. Then witnesses will be called and questioned in Trump’s trial.

We know Senator Lisa Murkowski has already hinted that she may be breaking away, expressing public concerns about McConnell’s approach.5 Which opens the door for Senators Cory Gardner, Susan Collins, Thom Tillis, Martha McSally, Mitt Romney, and others who do not want to be seen as blind proponents of Trump’s corruption.

Please click here to chip in $3 and keep the billboards up and running for as long as it takes.

Thanks for all you do.
David, Tillie, Mohammad, Ann, and the rest of the team

Want to support our work? The MoveOn community will work every moment, day by day and year by year, to resist Trump’s agenda, contain the damage, defeat hate with love, and begin the process of swinging the nation’s pendulum back toward sanity, decency, and the kind of future that we must never give up on. And to do it we need your support, now more than ever. Will you stand with us?

Contributions to MoveOn Civic Action are not tax-deductible for income tax purposes. You’re receiving this email because you took action with MoveOn. MoveOn is where millions mobilize for a better society. One where everyone can thrive. MoveOn members are committed to an inclusive and progressive future. We envision a world marked by equality, sustainability, justice, and love. And we mobilize together to achieve it. MoveOn members are a force for social justice and political progress.

We come from all 50 states and all walks of life. Together, we are at once large and nimble, targeting our resources purposefully. Then pivot quickly as we identify new opportunities for change and mobilize to seize them. Our rapid-response organizing and campaigning, communications interventions, digital innovation, rigorous data science and testing. Also, a culture of grassroots participation have repeatedly combined to produce real-world impact, changing outcomes. Thus making our country better.

Content repeated here gratis as a public service of Resistance.Motiv8ionN8ion.com 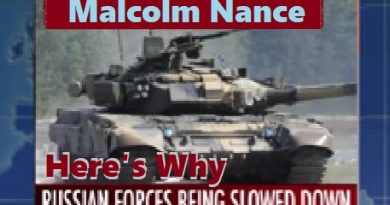 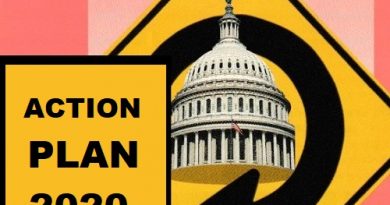 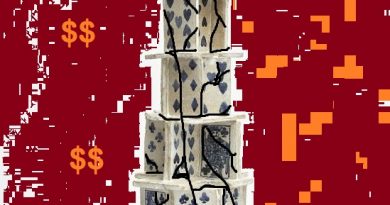